I love reading both physical and digital comic books but hate having to choose between to two or having to buy both, so this move by Marvel has gotten my attention. The new Avenging Spider-Man series will come poly-bagged and feature inside a code that allows the buyer access to a digital copy. Marvel released the following statement:

“At New York Comic Con we heard from fans and retailers that this was the most exciting digital comics move of the year because of the added value it gives every copy of Avenging Spider-Man,” said David Gabriel, Marvel SVP of Sales. “Based on initial orders of over 100,000 units for the first issue—and the steady increase in orders since we’ve begun promotion on this plan—we knew that including a code for a free digital copy in future issues of Avenging Spider-Man not only excites our retailers, but incentivizes fans to come into stores for one of the year’s hottest new releases. It’s a win-win for everyone with no extra cost to readers and an increased revenue share for retailers.”

Hopefully this move will catch on and we’ll see it spread to other Marvel comics and other publishers. 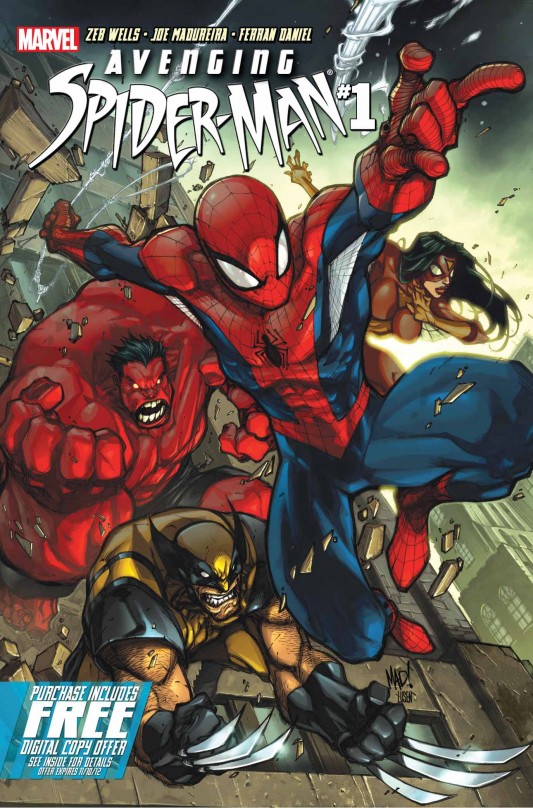