I woke up to the nice surprise of the Blast Monkeys Volcano World being released (Android only from what I can tell). I’ve had the update for around 2 hours and have completed 92% (out of 120%) of the world. The beginning levels are fairly easy (3 bananas all the way through 15 without breaking a sweat), but they start to get fairly difficult. 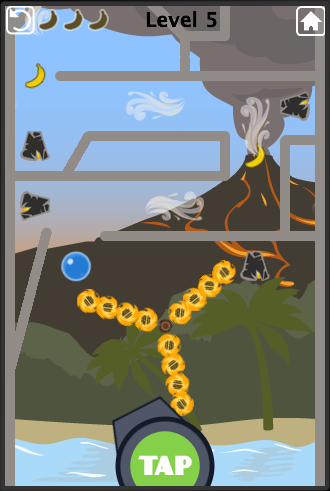