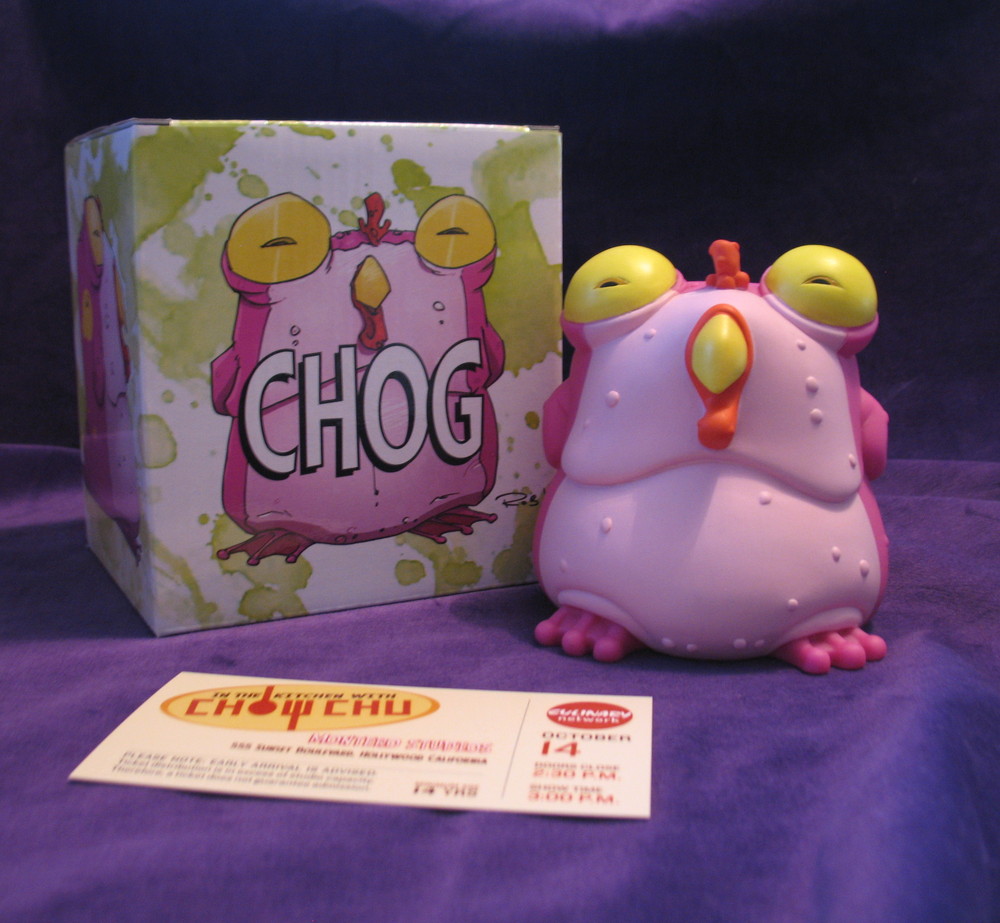 Chew fans rejoice! You can now show your love for this uniquely absurd and incredible comic by John Layman and Rob Guillory with an official vinyl Chog or Chog t-shirt. For those of you confused by the term Chog, you’re probably missing out on on one of the best comics being published right now. Seriously, it’s funny, insane, addicting and features some kick-ass artwork.  Here’s Chew‘s official description:

Tony Chu is a cop with a secret. A weird secret. Tony Chu is Cibopathic, which means he gets psychic impressions from whatever he eats. It also means he’s a hell of a detective, as long as he doesn’t mind nibbling on the corpse of a murder victim to figure out whodunit, and why. It’s a dirty job, and Tony has to eat terrible things in the name of justice. And if that wasn’t bad enough, the government has figured out Tony Chu’s secret. They have plans for him, whether he likes it or not.

Sounds awesome, right? Start reading here and you’ll be hooked. Then, jump over to Skelton Crew Studio to pick up the limited edition vinyl Chog (limited to 1000, first 400 include signed tickets by the creators) and Graphitti Designs to pick up the Chog t-shirt. 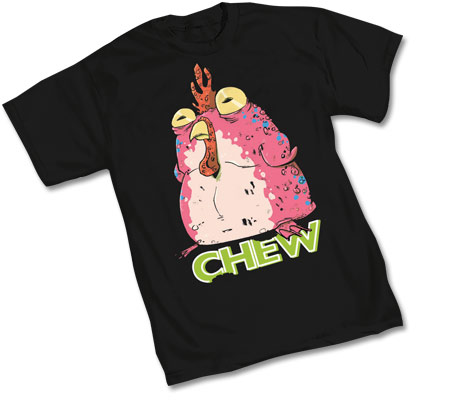