Christopher Lloyd is an icon and is certainly a big name for NYCC 2012.

Best known for: Back to the Future, The Addams Family and Who Framed Roger Rabbit

Christopher Lloyd is best known for playing Doc Emmett Brown in the “Back to the Future” trilogy, Uncle Fester in “The Addams Family” and its sequel “Addams Family Values,” and Judge Doom in “Who Framed Roger Rabbit.” He rose to prominence in the 1980s as Jim Ignatowski in the television series “Taxi.”

Lloyd has used his vocal talents in animation, frequently voicing villains. He provided voice to the character The Hacker on the animated PBS series “Cyberchase.” Lloyd has won three Primetime Emmy Awards and an Independent Spirit Award, and has been nominated for two Saturn Awards and a Daytime Emmy Award.

Lloyd attended the Neighborhood Playhouse in New York and studied with renowned acting teacher Sanford Meisner. He appeared in more than 200 stage productions before segueing into film with his debut in 1975 as Taber in “One Flew Over the Cuckoo’s Nest” starring Jack Nicholson. 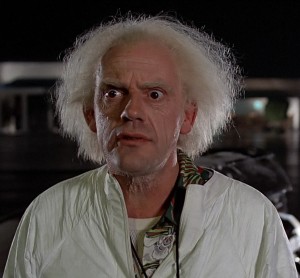