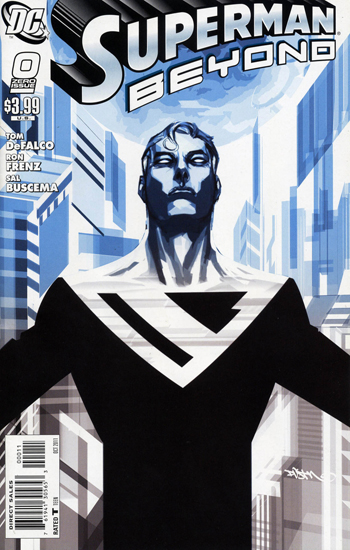 This book, which will hopefully turn into a full series, tells the story of an older Superman who has given up fighting crime after the death of Lois Lane. After leaving Earth, he finds that it isn’t too easy to give up his true purpose in life. After helping an alien civilization, Superman decides to return to Earth, where Metropolis is under siege from common criminals. It appears that the Justice League is bored with their current foes and are looking for some Super-Villains, when Armorgeddon (not the strongest bad guy name. They should have stuck with his real name, Mangler Macarro) appears and quickly overwhelms them. But no fear, as Superman appears, and after a slightly difficult battle overwhelms Armorgeddon and earns his respect by saving his life. It turns out that as Superman has aged, he has weakened and must fight a smarter fight to defeat his enemies.

This comic book brings with it a solid story (although similar to that of Sandman in Spider-Man 3), and great artwork. Superman looks good in his updated, futuristic costume, and it’s nice to see him have to deal with growing old and losing his powers. There was also a nice scene between Clark Kent and Bruce Wayne at the grave of Lois Lane. Overall, Superman Beyond #0 was a solid comic book and I would love to see it turn into a full series.