I sat through the DC Animation panel this weekend at New York Comic Con and got to see the world premiere of the Catwoman animated short that’s included on the Batman: Year One dvd. The short was introduced by Eliza Dushku, the voice of Catwoman and showed a mini story in which Catwoman is fighting some bad guys who have kidnapped a friend of hers. It was a pretty good short and I got the feeling it will be used to gauge interest in future Catwoman titles.

Also at the panel was Kevin Conroy, the long-time voice of animated versions of Batman. While he’s not in Batman: Year One, he did talk about the upcoming Justice League: Doom. We were treated to a nice teaser, in which Batman secret files are stolen, giving the Legion of Doom the inside track on each member of the Justice League’s weaknesses.

Overall (which isn’t much of a surprise), DC looks to have a few more animated hits on their hands. 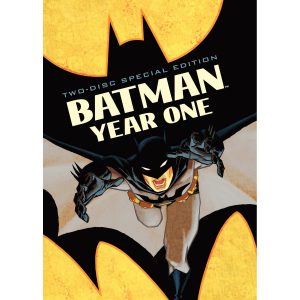