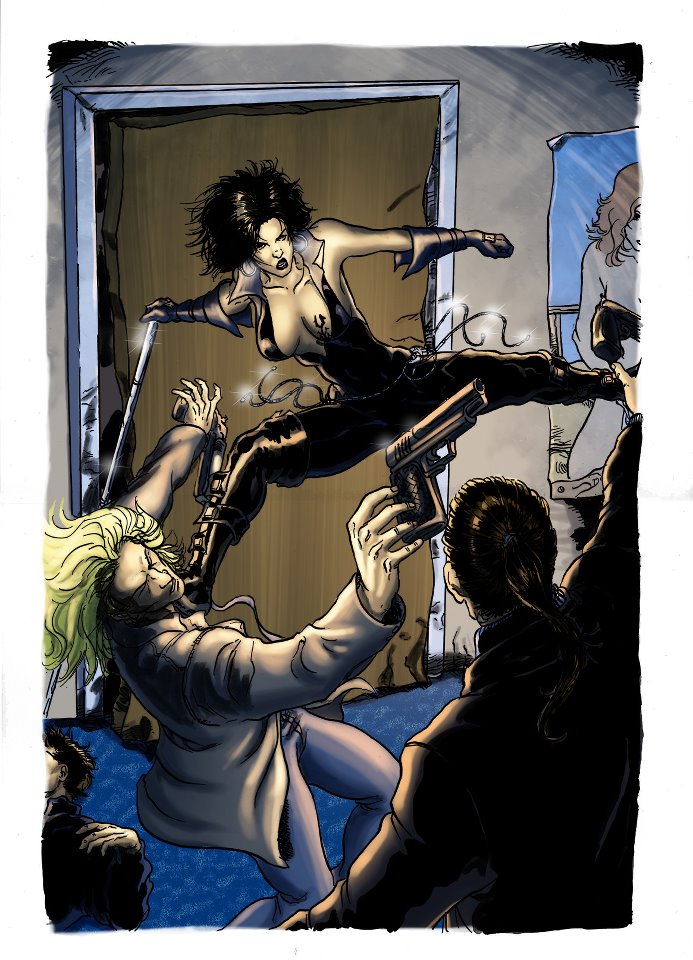 Velica, created, written and illustrated by Ken Johnson, tells the story of a sexy vigilante out to seek revenge for the death of her father. The hero of the story, Velica, is a strong female character, trained in the art of combat with high-tech weapons as a backup deterrent. While this may seem a bit like Batman’s backstory, Velica is a character that steps out of the mold and seems to embrace the filth and debauchery of her city as she faces off against her nemesis Domino. Strippers, sex and foul language run rampant in the first issue and are used for more than just shock value; they paint the state of the city, run by a seemingly unstoppable crime boss.

If you’re interested in reading Velica, you can support their Indiegogo campaign or check out their website or facebook page for more information. If you decide to donate, let me know what you like about the project in the comments below.