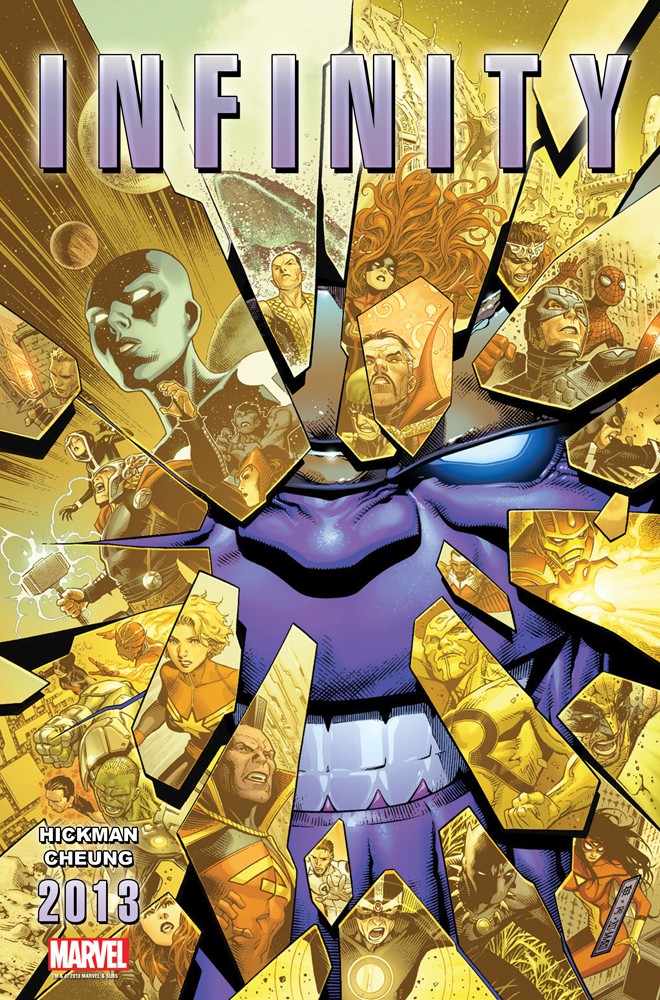 For Free Comic Book Day 2013, Marvel will be releasing Infinity:

The most dangerous threat in the Marvel Universe – Thanos!

The grandest Marvel Comics event of all time – INFINITY!

This May for Free Comic Book Day, prepare yourselves for the greatest battle for survival ever waged in the Marvel Universe as Marvel marches towards Infinity! In this all-new story by the blockbuster creative team of Jonathan Hickman and Jim Cheung, witness the opening shots of the war that will be heard around the galaxy. Plus, get a sneak peek behind a major Marvel release that hasn’t been announced yet and relive Thanos’ first solo story.