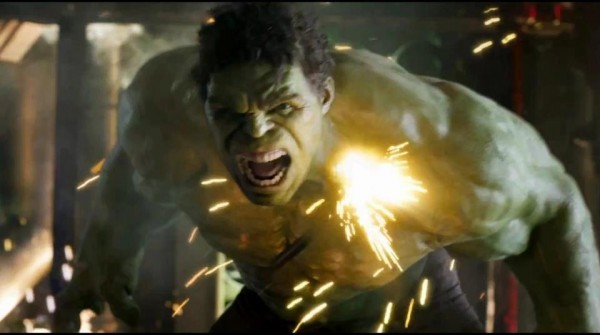 Latino Review has posted a video with some pretty awesome rumors pertaining to Hulk as he fits into the Marvel Cinematic Universe. SPOILERS AHEAD

According to Latino Review. at the end of Avengers 2, The Hulk will be deemed a threat to the Earth. This will be based on the Planet Hulk story-line in which Hulk is banished to a deserted, yet bountiful planet to live out his life in solidarity, only on the way, he gets sucked into a wormhole and dropped on a war-plagued planet where he is forced to fight as a gladiator. Hulk’s rise from gladiator to eventual king will be the basis of a Hulk stand-alone movie, which will in turn lead into Avengers 3, which will be based on World War Hulk and cover Hulk’s return to to Earth and his desire to get revenge on those who wronged him.

These were two of my favorite story arcs, so I’m hoping there’s a lot truth to these rumors.