I didn’t think I had room for another zombie comic in my life, but since this one was written by Claudio Sanchez and Chondra Echert of Evil Ink Comics, I figured it was worth a read. I picked up the NYCC exclusive issue of Key of Z #1 (and got it signed by Claudio and Chondra) and was quickly sucked in.

Key of Z opens with a flashback of Nick Ewing celebrating Christmas with his wife and young son, when he hears a commotion outside. After going to check it out, the reader is shown zombies moving in and a quick flash forward to a time when New York City is infested with zombies. Nick’s family didn’t make it and he is now alone surviving the zombie apocalypse while the rest of the New Yorkers have joined one of three gangs (for lack of a better term) fighting for control of the city.  Those that have survived are now living in either Citi Field in Queens, Madison Square Garden in Manhattan or Yankee Stadium in The Bronx, and it seems the three groups don’t get along.

While Key of Z remains a zombie story, much of the focus was on the characters instead of telling a story of survival and zombie fights. It was teased towards the end that Nick has a trick up his sleeve (afterall, he gave away all of his weapons), so it will be interesting to see where the story goes.

Overall, Key of Z shows a lot of promise and features some great writing and artwork and is a comic book that I will be sure to read again. 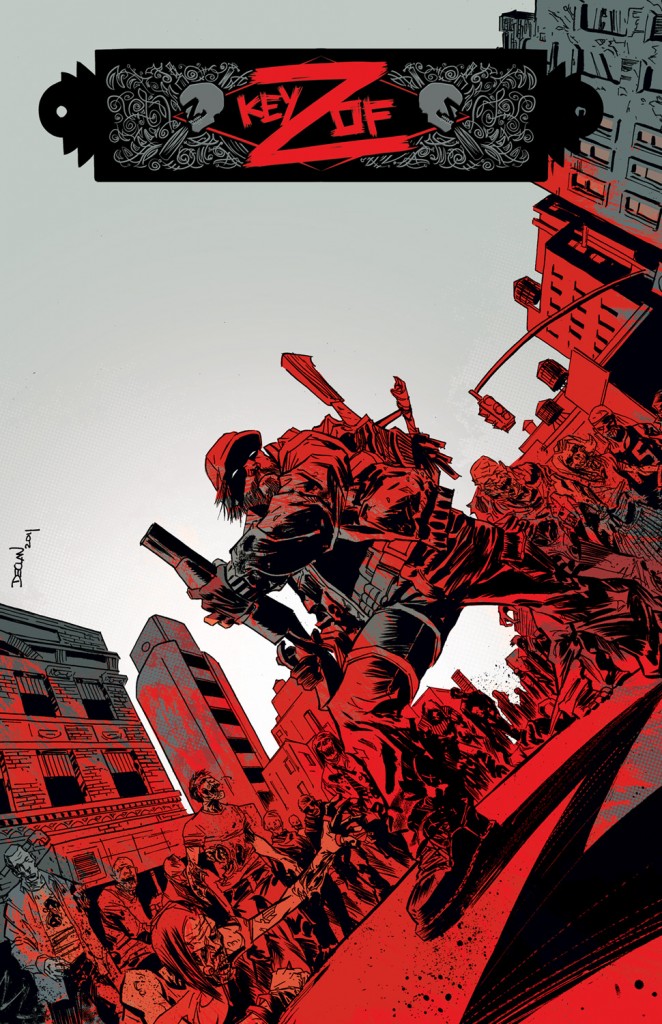