X-Men: Prelude to Schism is a four issue arc dealing with the events leading up to X-Men: Schism. Each issue covers a private conversation between Cyclops and one of the X-Men and is a build-up to a big decision that needs to be made by the Leader of the X-Men. Jump past the break to read the full review. 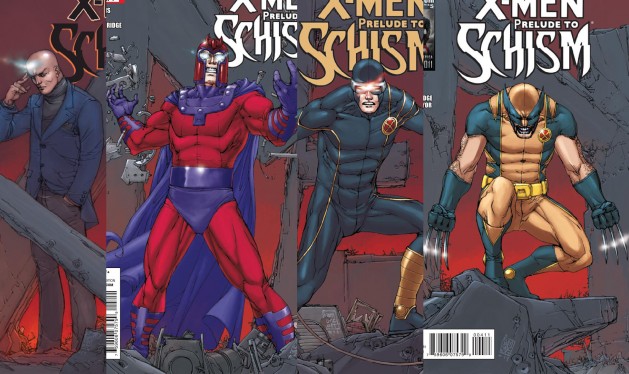 Issue #1 starts off with the premise that there is some threat to mutantkind (just a normal day in the life of an X-Men, I would suppose). Details are slim but the team has gathered and are waiting to hear from Cyclops as to whether they will fight or flee from the impending danger. Most of this issue is a conversation between Cyclops and Professor X, who reflects on this time with the X-Men and the growth of Cyclops into a man and the current leader of the X-Men.

It’s Magneto’s turn to meet with Cyclops in Issue #2, where he reflects on his rough childhood, growing up as a Jew living in Nazi Germany. Magneto reminds Cyclops to think about the future and not about the past, as this was a lesson that he had learned from Cyclops himself.

The third issue is where Cyclops gets a chance to reflect on his own life. After his reflection, and recognizing the strength and determination he learned from his parents, he decides that the X-Men will stay and fight.

In issue #4, Wolverine gets his meeting, recalling his tumultuous life before the X-Men and his early squabbles with Cyclops. Wolverine, never one to shy away from a fight, tells Scott that he will be by his side to fight the oncoming battle.

While X-Men: Prelude to Schism does not have much action, it does go deep into the characters and their relationships with each other. It  is a nice primer for anyone who may not have read an X-Men in a while (and may be surprised to find out that Magneto is  good guy) and definitely sets the stage for what is hopefully going to be a great story in X-Men: Schism. 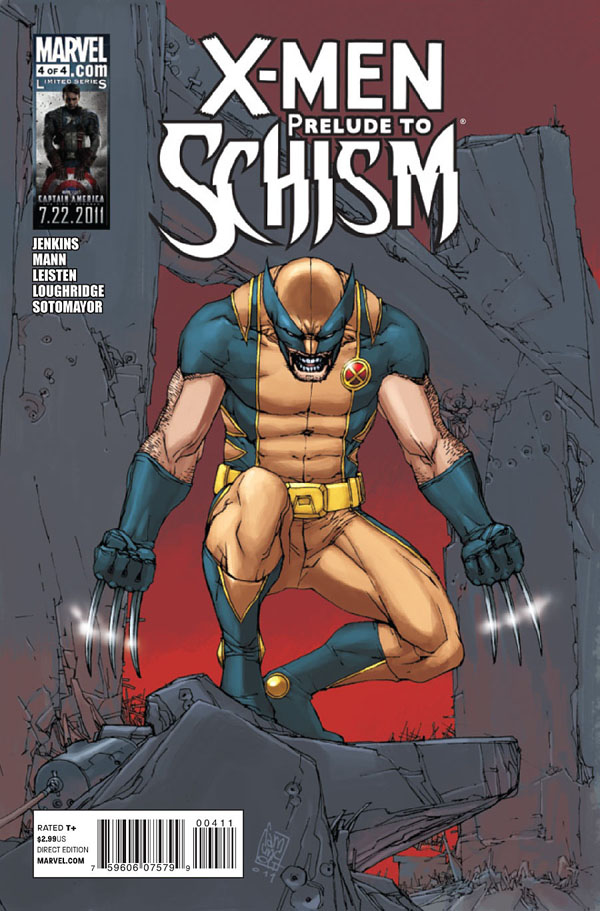