If you’ve never played Jet Set Radio (or Jet Grind Radio as it was called in the US), then you’ve definitely been missing out. Jet Set Radio is one of those games that makes you fire up the ol’ Dreamcast every once in a while (yes, it is that good), so I can’t wait for this release. For those of you who haven’t played before, it’s kind of like a Tony Hawk game, but with rollerblades, where you travel a somewhat open course and tag landmarks with grafitti while avoiding police and rival gangs. Sure, it sounds a little absurd now, but the gameplay makes the odd plot line all worth it.

Vita players can run rampant in Tokyo-to on the 20th of November, while iOS and Android fans will be able to purchase their copy on the 29th of November. 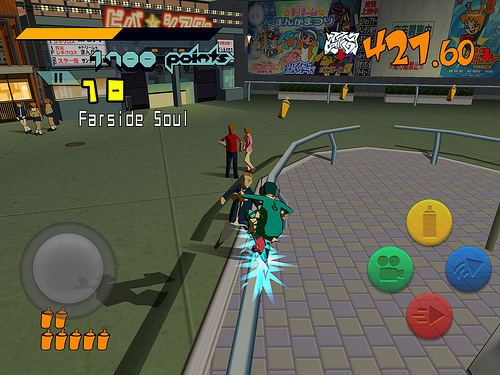