First off, good for George Lucas. He built up Lucasfilm, Industrial Light and Magic (ILM) and Skywalker Sound out of nothing and he deserves every penny. I don’t care if you hated Episodes I, II and III, this guy revolutionized the industry and always wanted to put out the very best product possible. I don’t know where the movie industry would be without Lucas. Hell, he probably deserves a lot more than $4 billion.

And while I’m giving out praises, good for Disney too. After being questioned for spending $4 billion on Marvel, they ended up having the last laugh and I’m hoping this deal works out for them as well. I’m sure Lucasfilm was in no danger of going under, but a change in guidance could be great for them.

Now a lot of people are angry about Disney making new Star Wars films. I’m sure a lot of these people are the same that complained when Lucas said he wouldn’t be making any more Star Wars films. I guess there is no right answer, but I’m all in favor of some new Star Wars stories. Maybe finish up VII, VIII and IX, then go on to tell some other stories in the Star Wars universe. Maybe a Boba Fett backstory, a series of Cantina adventures or a great Wookiee adventure. (Note: if anyone is interested, I have a great idea for a Wrath of the Wookiees movie).

So, I think it’s pretty obvious by now that I feel this deal is great for everyone involved. Whether or not it pans out this way depends on one major issue. So far, Disney has done a great job of letting Marvel be Marvel and I think the same soft hands are needed here. Sure, they’ll have to be a part of some upper level guidance, but I think that Lucasfilm needs to be able to operate under it’s own accord in order to be successful. The last thing this world needs is a Disneyfied Star Wars movie. 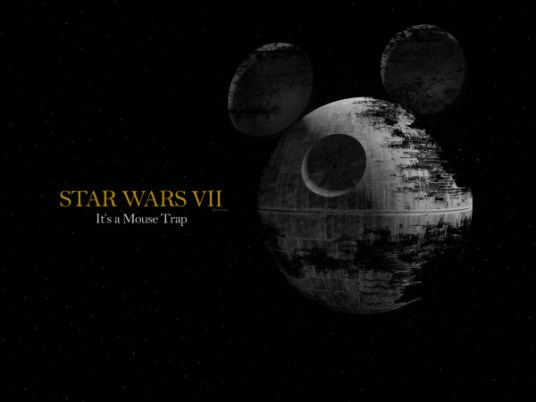