I stumbled across Robert Burden’s work recently and thought I’d pass it along. Robert paints portraits of old school action figures and toys and they look amazing. See more of his work after the jump or order some limited edition prints here.

My current paintings are large-scale portraits of the small action figures that I played with as a boy. I remember these figures as being magnificent. They represented power, beauty, good and evil, and they captured every aspect of my imagination. As a young adult, these toys are wonderfully nostalgic, but they’re no longer amazing to me. The patterns that adorn many of the canvases are often taken from fabric, carpet or wallpaper patterns from my childhood home. The original toy is often framed in a shadowbox attached to the painting, acting as a modern reliquary for these figurines. The ineffability of what can turn a cheap yet coveted piece of plastic into an almost talismanic object was the original inspiration for this work. I am also motivated by the amorphous line that is drawn between imagination and reality, childhood wonder and adult practicality. Though sheltered and naive, there was a freedom in my childhood. It was free from the politics of race and religion. It was free from the burdens of history. It was free from rhetoric and paranoia, shame and regret, cynicism and despair. There is nothing profound about commenting on the minor tragedy of losing one’s innocence, or the struggle to maintain one’s idealism. I just want to renew my faded sense of awe. 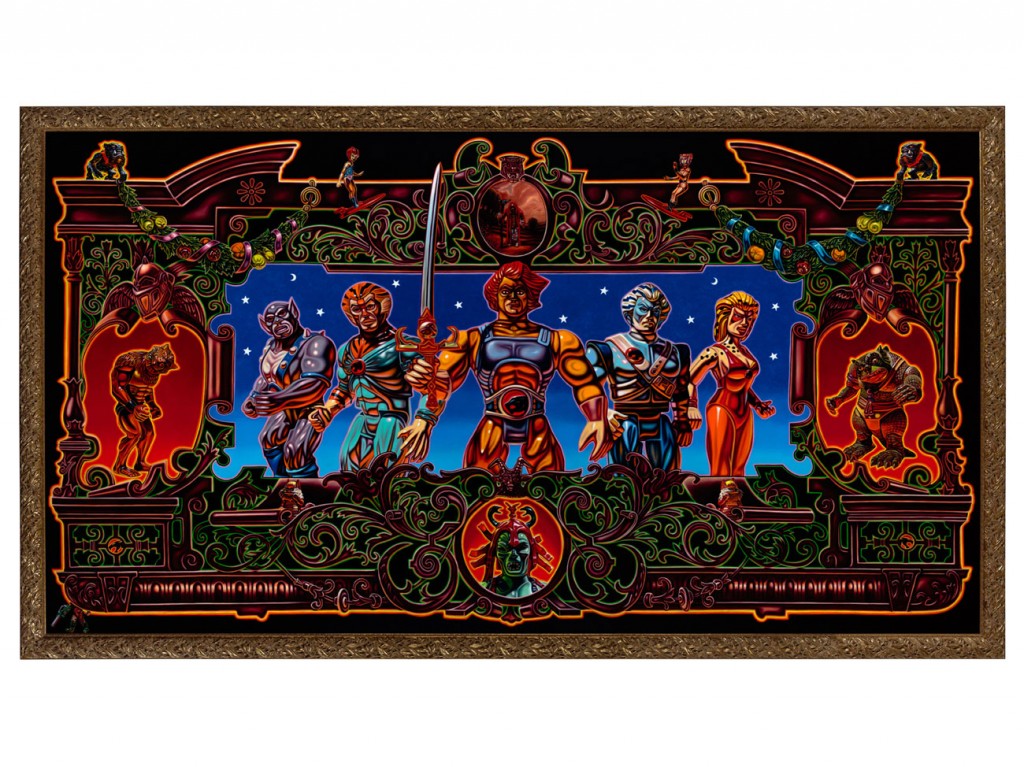 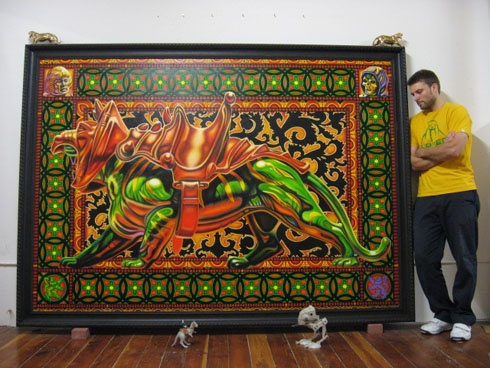 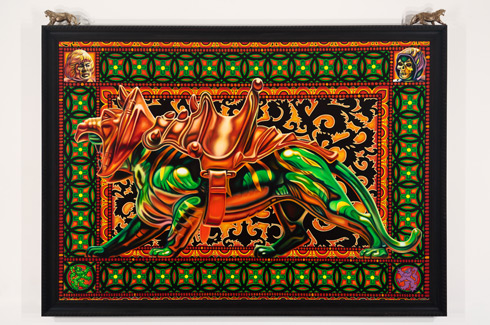 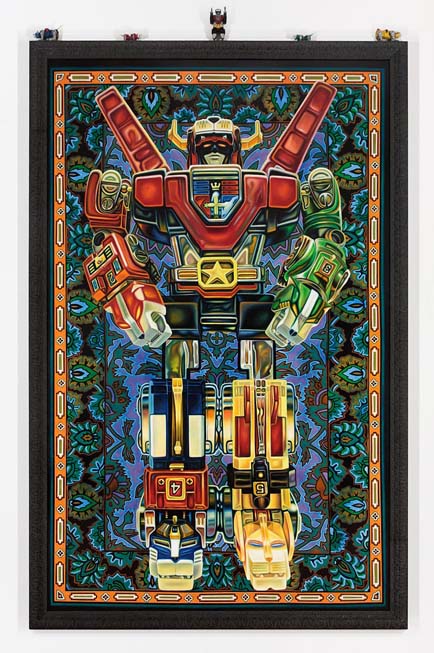 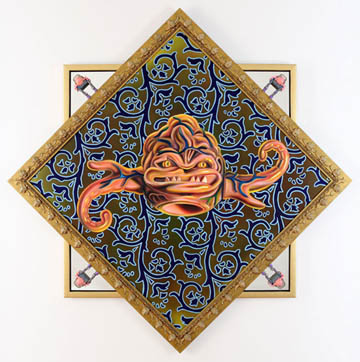 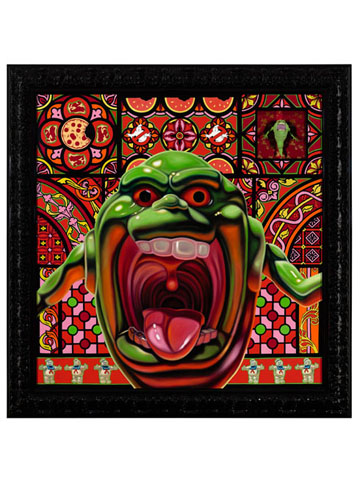 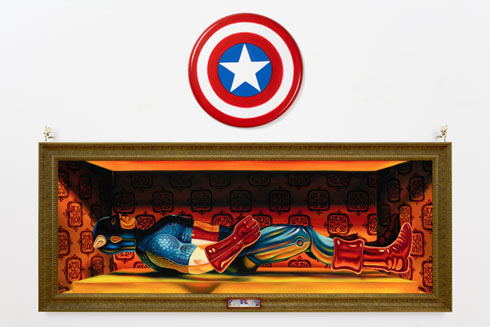