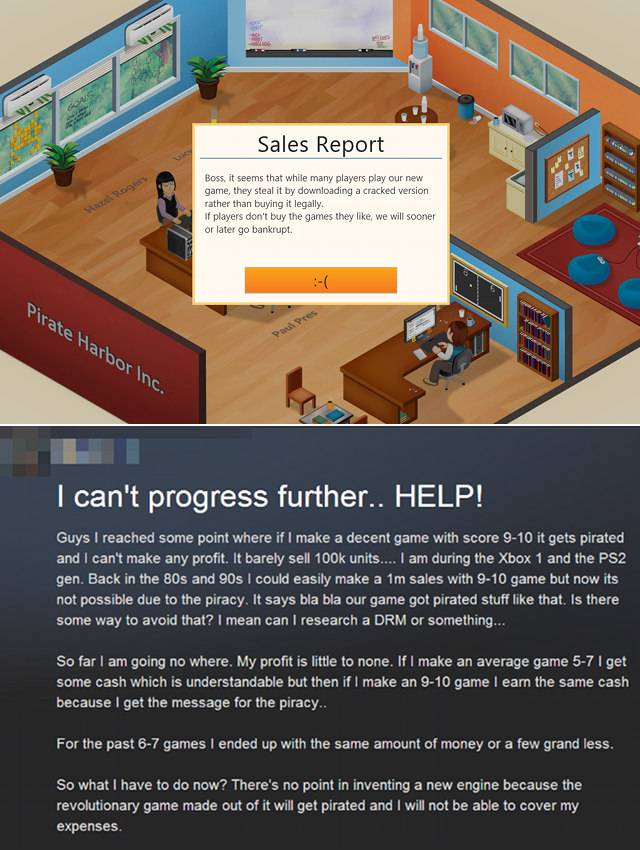 Independent video game publisher Greenheart Games recenty released their first game, Game Dev Tycoon, and decided to get a jump on online pirates by uploading a cracked version into the torrent stream. As it turns out though, the cracked version also prevented players from proceeding after their virtual game became plagued by virtual pirates. Hilarity ensues when said pirates then complain about their virtual games  being pirated. I’m sure that no lessons were learned, but the story is funny nonetheless.