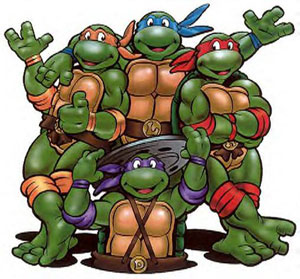 It’s been a hot topic of debate since word spread that the turtles in Michael Bay’s Ninja Turtles flick would be aliens and not mutants. Whether it truly ended up being an misquote or whether the herd of TMNT fanboys had their voices heard, Michael Bay stated that they are, in fact, going to be mutants:

“There was that quote saying that we’re making [the Ninja Turtles as] aliens. We’re not, It’s the ooze! It’s from the original source material. These are from the original writers, and I never went out to correct myself in the press. I do listen to the fans and I do want this to be authentic. I think they’re going to be really happy with this movie. When I see the digital stuff, the turtles look great.”